Get fresh music recommendations delivered to your inbox every Friday.

from Roses and Ruin by Leannan Sidhe 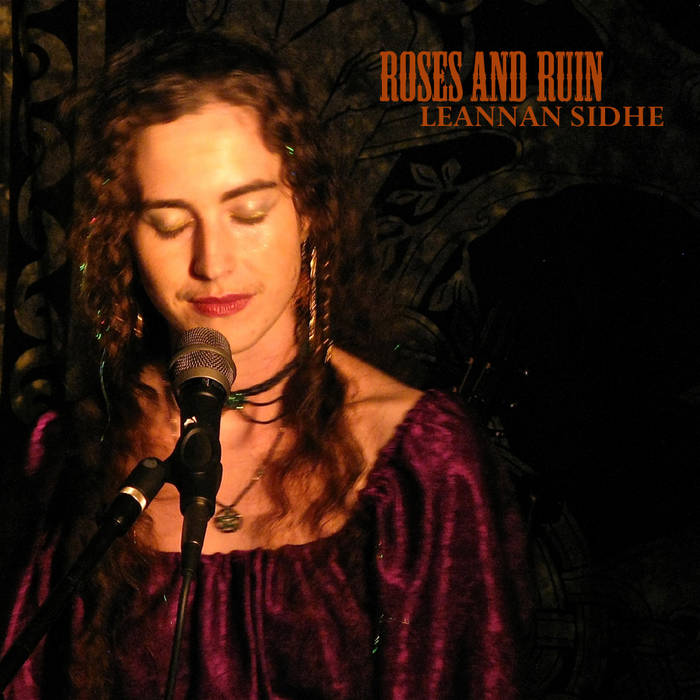 trad, adapted by David C. Webb
I originally heard this variant of the song from Tania Opland www.taniaopland.com and fell in love with it. It is by far my favorite version of the story as well as of the tune.

There lived a lady by the North Sea shore,
Two daughters were the babes she bore.
One grew as fair as in the sun
So coal dark grew the elder one.

A knight came riding to the lady's door;
He travelled far to be their wooer.
He courted one with gloves and rings
But the other he loved above all things.

"Oh sister, sister, won't you walk with me
To see the ships sail o'er the sea?"
And as they walked the windy shore
The dark girl pushed her sister o'er.

Sometimes she sank, sometimes she swam
Crying "Sister, reach to me your hand!
Oh sister, sister, please let me live
And all that's mine I'll surely give."

"It's your own true love that I want, and more
That thou shalt never come ashore."
And as she floated like a swan
The salt sea bore her body on.

Two minstrels walked by the windy strand
They saw her body float to land
They made a harp of her breastbone
Whose sound would melt a heart of stone.

They took three strands of her yellow hair
And with them strung this harp so rare.
They took this harp to her father's hall
There to play before them all.

But when they set the harp upon a stone
It began to play alone.
The first string sang a doleful sound:
"The bride her younger sister drowned."

The second string, when this they tried:
"In terror sits the black-haired bride."
The third string sang beneath their bow:
"And now her tears will surely flow."

There lived a lady by the North Sea shore,
Two daughters were the babes she bore.
One grew as fair as in the sun
So coal dark grew the elder one.