Get fresh music recommendations delivered to your inbox every Friday.

from Mine to Love by Leannan Sidhe 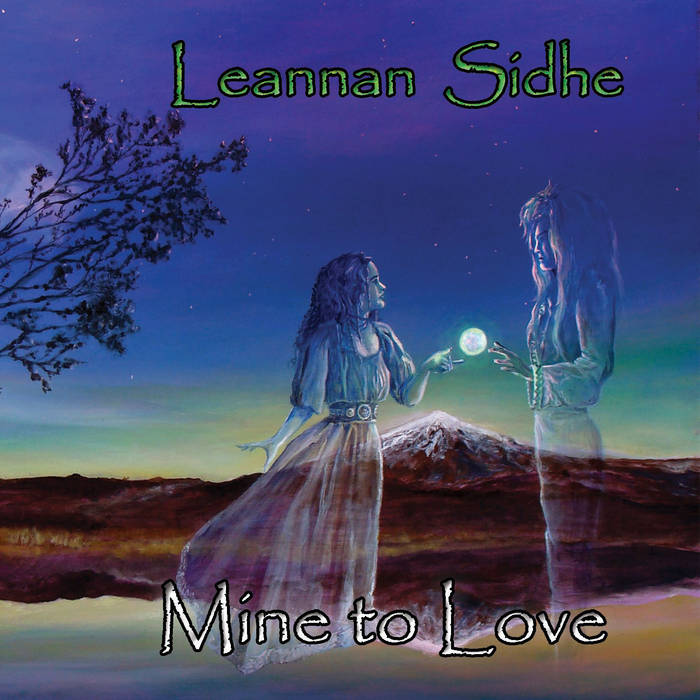 Till at last at midnight's darkest, when the moon fled from the sky
His lover watched the clouds roll in and she saw the starlight die
Forbidding filled her heart then at a half remembered tale
Of a curse upon her lover's arm and her face turned deathly pale

For if he were to waken when all light was gone and fled
Then by his sword and by his arm, his lover would lie dead
And yet she stood beside him bravely praying for the light
Guarding well the dreaming of her loved and gentle knight

Swift came the assassins and she there in silence strove
She heard her true love stirring in the shadows of the grove
She was not weak, but they were strong, and many more than she
And they had the advantage, for in darkness they could see

She felt it more than heard it, the blow aimed at his head
And out of desperation she screamed to wake the dead
Her knight awoke, his blade came up in time to block the blow
But at what cost? For in his eyes the dark began to grow

As blood dripped softly down his sword, he could be heard to growl
As his heart was taken by the beast, he loosed a fearful howl
He whirled and attacked, no longer fighting for his life
But wrapped within a hunger fierce for killing and for strife

And the Dark could be heard laughing as it faded into light
It left behind an anguished, bruised and battered, broken knight
Who fell before his lady fair and caught her in his arms
He knew full well 'twas by his hand that she had come to harm

"Why then did you follow me? Why stay to guard my dreams?
Why did you not let me die? Why warn me with your screams?"
He broke and howled with anguish at the loss of her he prized
Then stood there in his place a beast with fire in its eyes

The curse fulfilled had lifted and returned him to his form
Of a creature born of nightmares with a gleaming jet black horn
For as long as she still loved him, he in human form could stay
But with her death the Dark reclaims a Nightmare run away

Refrain: And yet she stands beside him, bravely praying for the light
Guarding well the dreaming of her loved and gentle knight